These pictures were taken early in the 2000s in the “Parc de la Vilette” in Paris. Capoeira is a brazilian martial art and dance form that emerged as a disguised self-defense among African slaves in Brazil in the 1600s. African slaves on the sugar cane plantations, the docks, and most famously in the Quilombo de Palmares used capoeira as a weapon. 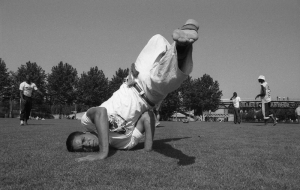 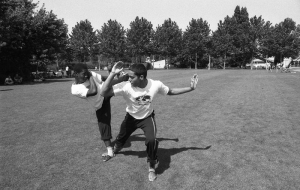 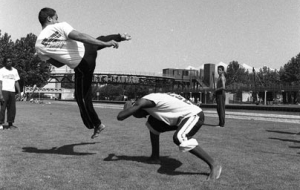 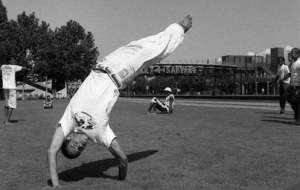 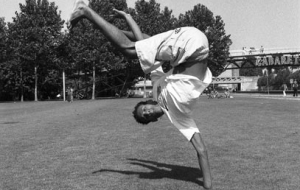